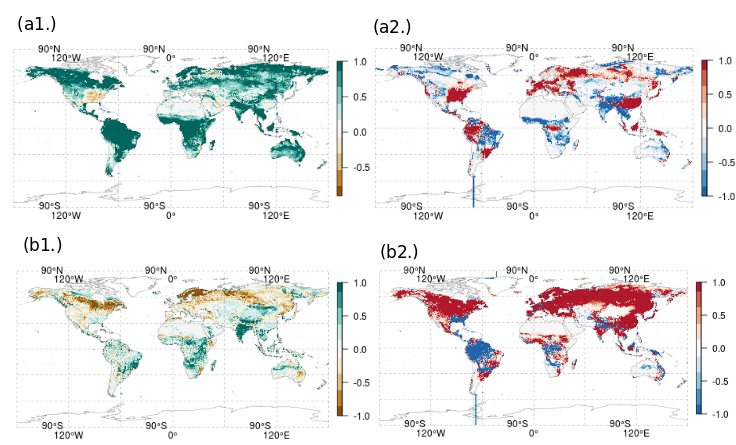 Nitrogen is necessary for life, yet the availability of this nutrient is considered scarce when compared to plant demands in many of Earth’s ecosystems. A recent publication by SICCS postdoc Pawlok Dass and others demonstrates that bedrock weathering is an overlooked source of nitrogen that influences the terrestrial carbon cycle and plant carbon dioxide capture on a global scale. The team found that background sources of nitrogen prior to the industrial revolution, including bedrock sources and biological nitrogen fixation, have a substantial legacy effect on carbon dioxide removal that lasts hundreds of years. In contrast, modern increases in human-derived nitrogen deposition have a tendency to bypass the terrestrial carbon cycle, contributing to downstream water-quality issues. Dr. Pawlok and his team suggest that nitrogen constraints on plant carbon capture will be strongly influenced by rock weathering reactions in the 21st century, with implications for carbon-climate interactions and global warming. You can learn more about the study here.